Wisconsin Chapter meetings are held on the first Friday of every month (except June, July & August), at 7:30 p.m., in the lower level meeting room of the North Shore Congregational Church, 7330 North Santa Monica Boulevard in Fox Point, Wisconsin. Click here for a Bing map and directions.

During the coronavirus pandemic, we held our meetings remotely, online. We will endeavor to continue to stream our meetings via Zoom for the benefit of anyone who cannot attend in-person. To be advised of Zoom connection information, sign up for our email announcements. Just send your request to president (at-sign) nrhswis (period) org.

Our meetings are always open to members and to anyone who has an interest in railroad history or today's railroad operations. No admission fee is charged. If you find yourself aligned with the goals of the chapter, please consider joining.

Friday, November 5, 2021 - Where Nature Smiles 300 Miles: CB&Q Passenger Trains Along the Upper Mississippi in the Dome Era, with Bryan Howell.

Beginning in the early 1900s, the Q advertised its Chicago-Twin Cities Passenger Service as “Where Nature Smiles 300 Miles,” describing the scenic run on the eastern bank of the Mississippi River from Savannah, Illinois, to St. Paul, Minnesota. This presentation is a look at the passenger trains that traversed this line including the Q’s own Twin Cities Zephyr, along with the Great Northern’s Empire Builder and the Northern Pacific’s North Coast Limited, primarily during the dome years starting in 1947 and continuing to the BN merger in 1970. Numerous photos of the trains will be included along with typical consists and period timetables. Additionally, we'll step aboard the trains for some inside views as well. A must see for passenger train aficionados! 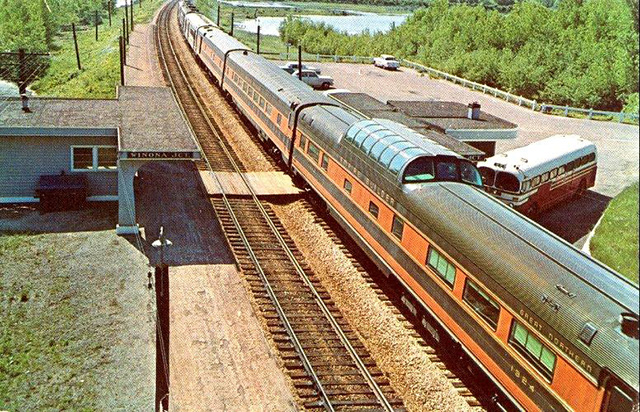 The eastbound Empire Builder at the East Winona depot. 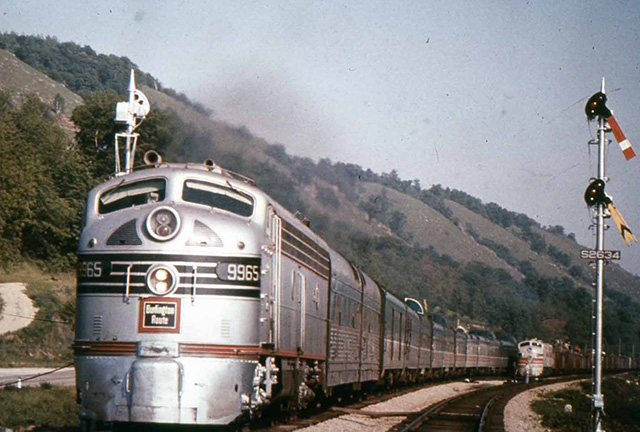 The westbound North Coast Limited near Ferryville passing a Q freight in the center siding. 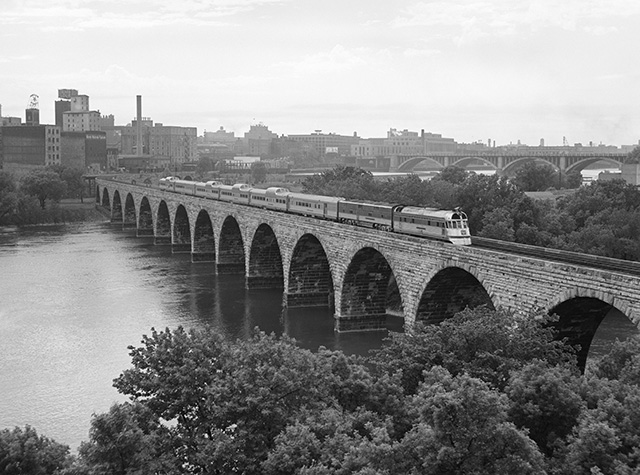 Bryan Howell is a meteorologist for the National Weather Service and lives with his wife Jessica in Superior, Wisconsin. He is a past officer and board member of the Burlington Route Historical Society, and currently volunteers at the North Shore Scenic Railroad where he is an engineer.

In a program originally put together for the NRHS national convention, Kevin Keefe takes us on a tour of Milwaukee railroad scenes in the years when David P. Morgan was a young editor at Trains magazine, mostly in the late 1940s and 1950s. The images are culled from both Classic Trains magazine as well as the Kalmbach library, and feature such familiar locations as the Milwaukee Road and North Western downtown depots, the North Shore station, the Beer Line, TM streetcars and interurbans, and the CMStP&P West Milwaukee shops. We'll join "DPM" at Kalmbach's offices at 1027 N. Seventh Street at the end of a work day and head out across town to see what there is to see. Steam, diesel, traction — the trains that made Milwaukee famous. 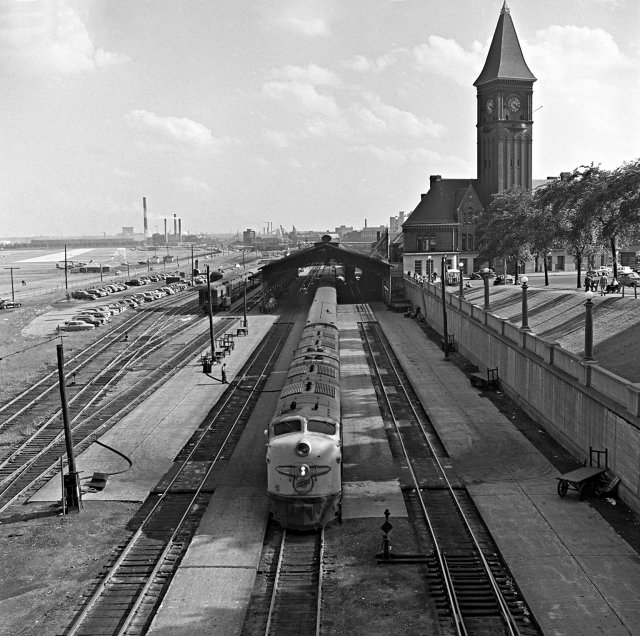 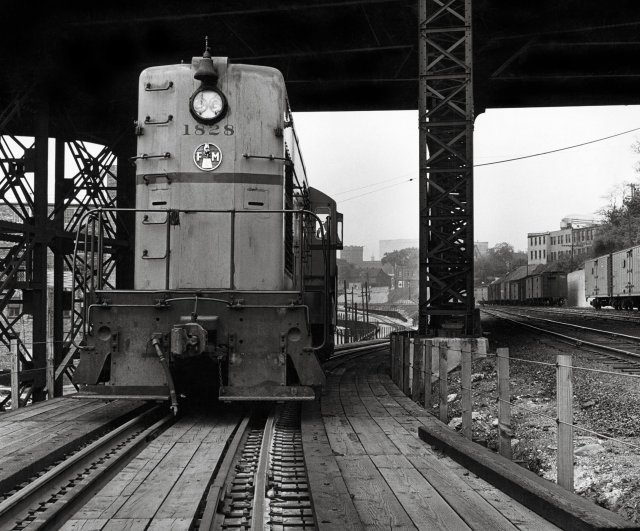 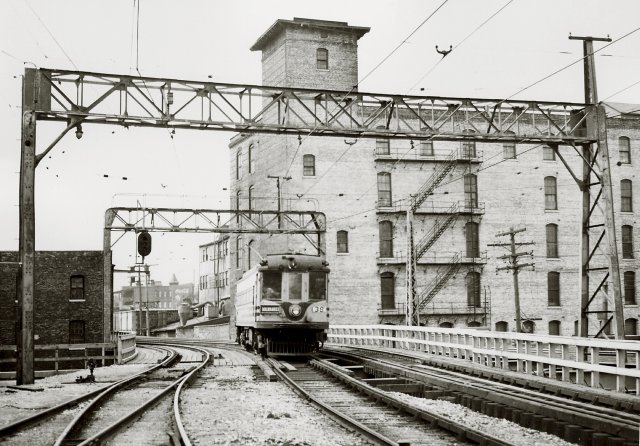